"Nowdays one is sometimes so surprised by the pride of the brotherhood of the Gaulists.Those who missed out on this adventure are vaguely jealous. It is because we so dearly wished, all together, to accomplish the impossible and we achieved it, that we wink to each other when we happen to meet."(L'épopée du Fezzan de P. Moynet translation) 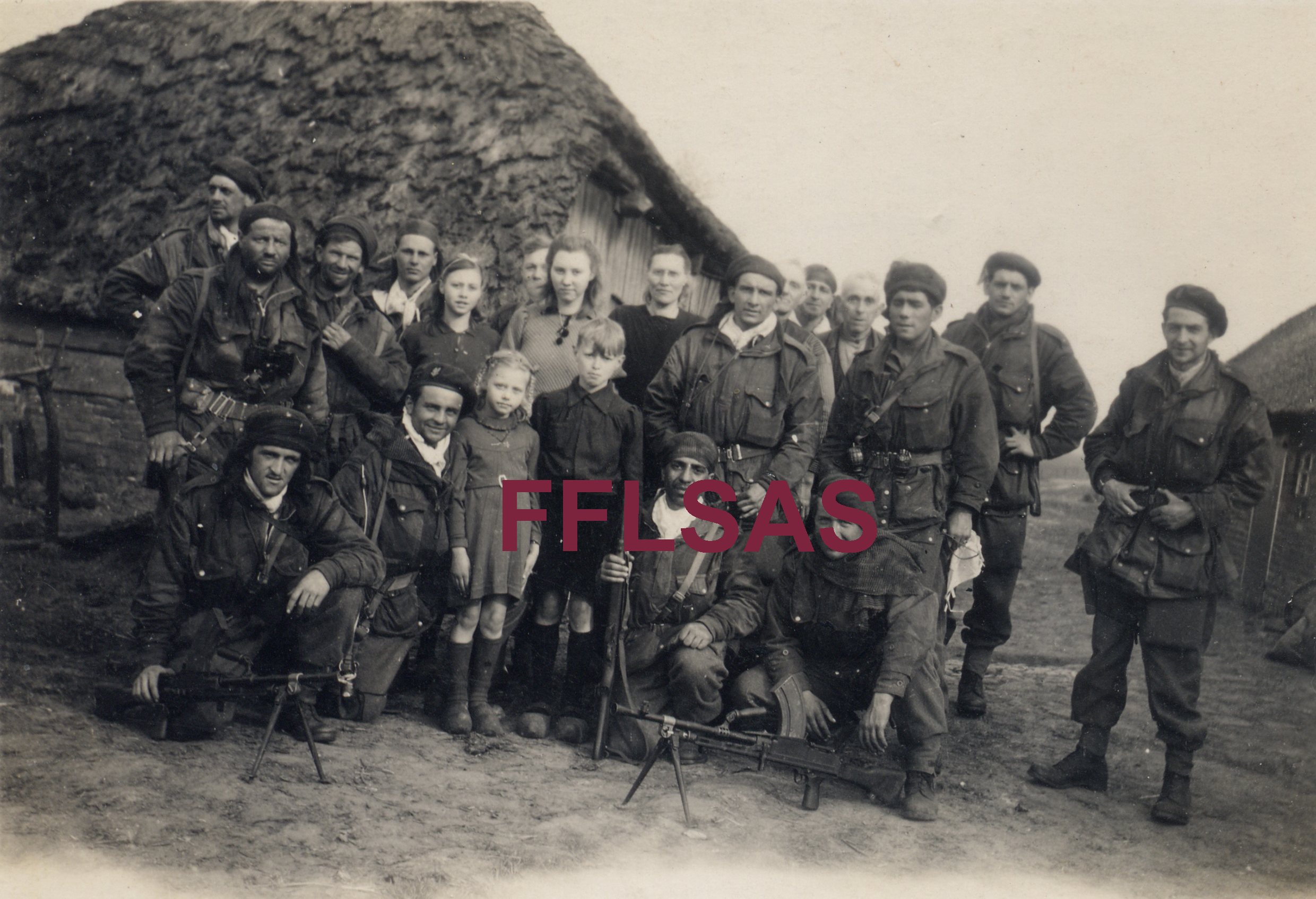 June 1940, France has been invaded by Nazi Germany and Marshal Petain has asked for an Armistice. Nevertheless, a French officer refused to accept defeat and shame. On June 18, 1940, General Charles de Gaulle called the French to join him in England to continue the fight within the Free French Forces.

On September 15, 1940, on the orders of General de Gaulle, Captain Georges Bergé formed the 1st Air Infantry Company (1st CIA). Gradually, this unit brings together a hundred highly motivated young volunteers who have abandoned their family and their country in order to restore France's Honor and Liberty. These men receive commando training then they are become qualified paratroopers. Quickly, some of them perform the first parachute missions in occupied France. July 21, 1941, the 1st CIA embarks in Greenock on the "SS Cameronia". The unit then includes three officers and 49 paratroopers. These men were ordered to the Levant to participate in operations in which France must be represented. The paratroopers of Free France thus see the opportunity to fully put their knowledge into practice and to take action. Following a long journey by the North Atlantic, Cape Town and a stopover in Durban, they arrive in Beirut on September 23 and the unit takes the name of 1st Company of Paratroopers (1st CCP).

In January 1942, the men were transferred to the Kabrit base in Egypt, on the banks of the Suez Canal. There, they are integrated into the Special Air Service, a British unit recently set up by Major David Stirling. The company is gradually being reinforced by many other FFL volunteers from the Middle East and, for the British, it then takes the name Free French Squadron.

In June 1942, the paratroopers SAS of France Libre carry out their first operations against the enemy in Libya and Crete and then operate until January 1943 in Tunisia before returning to England.

At the same time, a handful of volunteers, fewer than a thousand men, arrived in Britain. These French come from all over the world and from all social backgrounds. They have escaped from Occupied France via Spain, volunteers from North Africa, sailors, Malagasy, volunteers from Oceania and many others who have had difficult adventures to join the Free French Forces in order to to resume the fight as soon as possible.

The arrival of these men then makes it possible to form two battalions: the 3rd SAS (3rd BIA) directed by the captain Yves Conan and the 4th SAS (4th BIA) of the commander Pierre Bourgoin. Men follow a particularly rigorous training. After obtaining their parachutist certificate at Ringway, they then put together various commando training courses. In May 1944, after many difficulties, the SAS paratroopers of France Libre are operational and ready to participate in the operations of the Allied landing.

Thus, on the night of June 5, 1944, about thirty men from the 4th SAS parachuted into Brittany to prepare two bases from which the SAS must then harass the enemy. These are the Dingson and Samwest missions. Two days later, eighteen sabotage teams named Cooney-Parties were scattered in Brittany to cut the means of communication. They are then joined by their comrades and during the months of June and July, they provide the armament and training of several thousand guerrillas.

Meanwhile, the 3rd SAS operates in the Limousin, Poitou-Charentes, Vendée, Saone-et-Loire, the Rhone and Doubs where they harass retreating enemy convoys. Despite significant losses and heavy sacrifices, the mission were fulfilled and the French SAS will be for many in the success of the liberation operations of France.

During the winter of 1944, as part of Operation Franklin, they were then engaged in the Ardennes to stop the German counter-attack. Finally, in April 1945, they participated in the liberation of Holland during Operation Amherst.

On the day of their demobilization on October 6, 1945, twenty-two of the first CIA paratroopers were killed in operations through the deserts of the Middle East and North Africa, the hills and the woods. of Brittany, the snow of the Ardennes and the dikes and canals of Holland. Thus, they will not see liberated France and what they gave their lives for.

Today, the story of these extraordinary men, the Free French, remains unknown. While they deserve their place in history textbooks, we are surprised to see that France still does not want to highlight men who have done so much for her. How many years will we have to wait before students, high school students, students take example and discover what young French have been able to achieve?

Today, the last veterans of the 1st CIA have disappeared. They deserve all our recognition and this site is dedicated to them.